Contents hide
1 Unknown device increased the excitement
2 Brilliant bezelless screen
3 New design different from previous leaks
4 How to Buy Bitcoin, Dogecoin, Ethereum in India? CLICK HERE
4.1 Share this:
4.2 Related
Samsung launches its flagship series every year. A flagship series company launches in the first quarter of the year and in the last quarter of the second year. Earlier this year, the company launched its Galaxy S20 series. At the same time, now the rumor is spreading that the company is preparing to launch the Galaxy Note 20 series this year. Along with this, the company has also started pointing towards the launch of this series.

According to a new report, the Samsung Galaxy Note 20 has been seen in the Samsung Rewards section under ‘1 Dollar Spot Themes’. A photo has also been shared in the same section, showing three smartphones. The three devices seen in the photo are the edge smartphones Galaxy S10 + and Galaxy S20. At the same time, a new device can also be seen between these two. No information has been revealed about this smartphone, but it is being called the Galaxy Note 20. 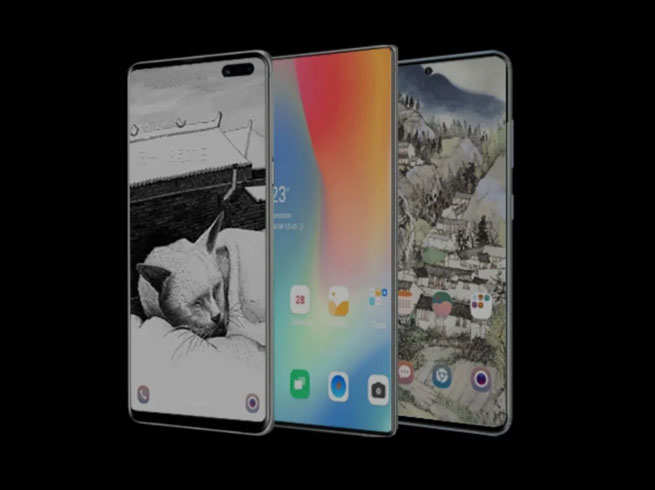 Like both devices on the side, it does not see Infiniti-O display and punch hole-hole front camera. It is being told that this may be Samsung’s upcoming smartphone Galaxy Note 20. There is a lot of possibility of an under display front camera in the phone. The screen of the phone also attracts attention. There are no bezels in it and no physical power or volume rocker button is visible here.

The new design of the phone is different from the previous leaks. It is believed that in the previous leak, the company showed a render to increase the excitement of users regarding the phone. However, the absence of physical power or volume rocker buttons was already in discussion.

When Shane Warne asked Sachin Tendulkar to autographed his t-shirt

4G Smartphone smaller than the palm! Mony Mint, the world’s smallest phone, has come, a chance to buy less than 8 thousand

Be helpful in trouble! Can donate oxygen sitting at home, just have to do this work

Airtel vs Jio vs Vi: Dhansu plan with 1.5GB data and free calling daily, best who?